How We Found the Best Victoria’s Secret Body Mists 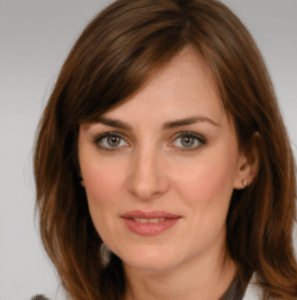 Whether or not you’re a fashion fanatic, it’s likely you’ve heard of the Victoria Secret fashion show. It was a staple of event for any celebrity watcher or supermodel fan. The brand has a star-power unlike any other mainstream lingerie brand, bringing in supermodels to walk down the runway while some of the biggest names in music perform on the same stage.

When Victoria’s Secret launched in 1977, no one could have predicted the global empire that the brand would become. While you might know them for its sexy lingerie, the brand is most popular for their perfumes and body mists. They’re such a hit, that Victoria’s Secret has over 400 of them in their catalogue, with the first launching in 1991. The perfume that made the line a success was Dream Angels, which launched in 2000 and has inspired an entire collection.

Body mists are the perfect alternative to a heavy perfume, especially for the warmer months or when you’re looking for something a little more understated. You can also mix and match them with your perfume to layer the scents and create a unique combination just for you.

The body mists are one of the most popular items from Victoria’s Secret, who also sell an extensive collection of activewear, loungewear, and sleep wear. These body mists allow you to buy into the brand at an affordable price point, especially if the brand’s iconic bra and underwear sets are outside of your budget. The body mists are popular with everyone from pre-teens to women in their 30s.

As our list focuses on finding the top-rated Victoria Secret body mist, it’s important to note the difference between a body mist and a fragrance. Your body mist is the lightest formulation of fragrance, lingering on your skin for an hour or two at most. While you won’t get the intensity of a perfume, you’ll save at least half the price of the perfume version and you can layer scents together to create a unique note combination. As most of the Victoria Secret body mists have a fragrance equivalent, this couldn’t be easier!

We’re in search of the best smelling Victoria Secret fragrance mist by rounding up ten of the bestsellers so that you can decide which one tickles your fancy. Our list includes the most famous Victoria Secret body mist, along with some that have flown under the radar but that deserve a little more attention.

Bombshell is our pick as the best Victoria Secret fragrance mist. The perfume version of this scent was also named America’s #1 Fragrance by Euromonitor in 2019.

This fruity floral body mist makes you feel like you’re floating on a cloud. It’s the perfect scent to throw into your gym bag or to spray before you dash out the door.

This top rated body spray contains notes of purple passion fruit, Shangri-la peony and vanilla orchid. As this is the body mist version, it’s a great choice to keep on your desk to touch up the perfume version of Bombshell during the day.

As perhaps the most famous Victoria Secret body mist, it’s no surprise that you can also pick up this fragrance as a lotion, rollerball, and the tradition Eau de Parfum.

Secret Crush launched as a floral fruity body mist in 2012, with a seductive and fresh scent with notes of watery fruits and lilies. It’s a top selling Victoria Secret body spary for spring and summer.

This amazing bottle is described as having an electric scent that is fresh with floral notes but with a sexy twist. You’ll want to throw this bottle into your handbag before a night-out on the town with your girlfriends. It’s also an ideal choice for days at the beach when you want to smell fresh without bringing along an expensive perfume bottle.

If you want a softer scent that envelopes your senses, consider adding Bare Vanilla to your body mist collection. It has a luxury feel with notes of soft cashmere and whipped vanilla. This body mist has a warmer scent, ideal for wearing throughout the fall and winter for when you still want a feminine fragrance. You’ll catch notes of amber, cherry, milk, sandalwood, and vanilla in this bottled fragrance.

Given the success of Bare Vanilla, Victoria’s Secret has also launched a shimmer variant of the fragrance mist, along with a matching hand and body lotion. You can also pick up a limited edition ‘Bare Vanilla Le Crème’ variant. 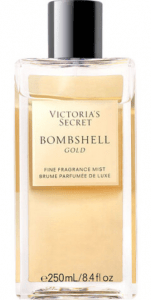 When you know you’re onto a winning formula, you make as many variants as possible. Bombshell Gold is a follow-up scent to the original bestselling Bombshell perfume, with a warm floral fragrance with notes of gilded peony, frozen lychee, and sugared wood notes.

This scent feels as though it is as light as air. Bombshell Gold is a winter version of the original Bombshell mist, making it the perfect choice to wear during the holiday season when you want a refreshing scent that isn’t overwhelming.

Golden Bloom is a hot contender for the title of best smelling Victoria Secret fragrance mist. This limited-edition body mist has notes of warm apple and tiger orchid. It’s the perfect everyday scent to keep sitting on your dressing table to grab as you rush out the door.

This tropical fragrance contains fruity notes of warm apple, with a floral twist with the tiger orchid. With this body spray, you can finally stop and smell the flowers! You can wear this during any season of the year, as it’ll elope you in a warm hug during the colder months, while giving you a fresh scent to enjoy during the spring and summer.

Eau So Sexy is a playful fragrance with a refreshing feel that lingers on your skin. You can layer it with Victoria Secret’s Eau So Sexy to help intensify the scent of the perfume. It contains notes of anjou pear, black vanilla, and white gardenia. This warm gourmand scent is ideal for those who want to pick up a VS body spray but who want a slightly older feel to the smell.

Like most of the other body mists on this list, Tease Dreamer began its life as a perfume before being created into a lighter formula. This has the aesthetic of a West Coast lifestyle, of days spent at Venice Beach and hanging out at skate parks. Tease Dreamer is the limited-edition scent inspired by Victoria Secret’s original Tease fragrance.

This body spray is encapsulating the idea of the California dream, using notes to attempt to trigger your imagination to feel as though the sun is hitting your skin. It contains bronzed coconut and ocean salt.

Like the other Victoria Secret’s body mists, Coconut Passion is infused with aloe vera and chamomile to help soothe and moisturise your skin. These ingredients means that you’ll want to keep this summer scent on you at all times, making it a staple in your beach bag.

You can layer Coconut Passion with other vanilla and coconut scents in your perfume collection. When you catch the scent of this body mist, you’ll be instantly transported to a beach, with a cocktail inside a coconut, and the warm sand at your feet.

As a top-rated Victoria Secret body mist, you can also pick up this scent in a body gel and body lotion to help you fully embrace the scent and leave it lingering on your skin for hours. The shower gel and lotion are the perfect way of topping up the coconut scent before a date or if you’re heading out to a beer garden with friends.

Bombshell Paradise is a limited-edition scent from the Bombshell line-up. It takes its inspiration from the idea of sitting on a tropical beach during the summer, with notes of grapefruit and lily of the valley. If you’re in search of a feminine body mist that you can wear throughout the summer, then you’ve found your match!

You can layer Bombshell Paradise with products from the original Bombshell collection to give them a summer twist.

Amber Romance is a highly regarded Victoria Secret body mist, expanding to include a full collection with a lotion and wash. You’ll find hundreds of five-star reviews for this scent of the official Victoria’s Secret website.

This gourmand body mist contains notes of amber and sugar, inspired by the idea of chasing sunsets and romances during the warmer months.