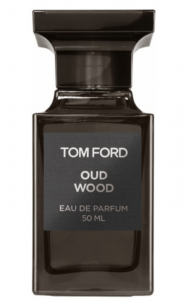 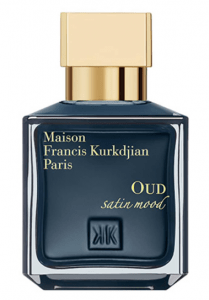 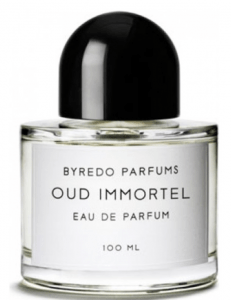 How We Found the Best Oud Colognes

Oud is a wonderfully warm and woody fragrance that is known for being highly potent.  When combined in luxurious fragrances, it creates an intoxicating and heady scent that packs a punch.

This fragrance note truly is a unique aroma, which is perfect if you’re wanting to try something a little out of the ordinary.

Check out our reviews of the best oud fragrances on the market right now.  Whether you’re looking for something for everyday wear, or for a formal occasion, you’re bound to find something to suit you from our list below. 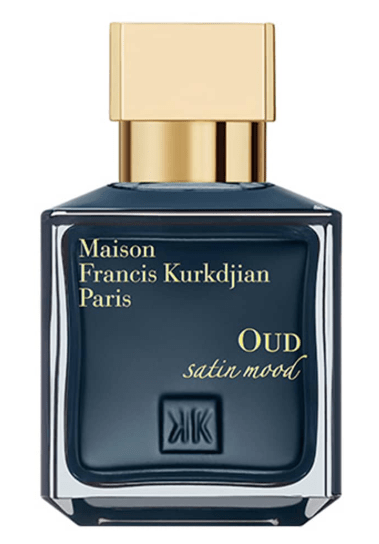 Francis Kurkdjian is a French perfumer, winner of the Prix François Coty in 2001 for his lifetime achievements in the industry.

This niche fragrance is a deep, rich scent throbbing with violet, rose, amber and vanilla, reminding us of something straight out of the orient.

From the opening, you are greeted with delicious waves of rose and raspberry, undeniably sexy and a real favorite amongst women.

Some fans complain that the oud is quite faint, but we think that makes it unique, as Oud Satin Mood makes up for it in other areas.

Perfectly paired with a tuxedo, Oud Satin Mood is definitely a mature scent, and an excellent cologne for men in their 50’s. 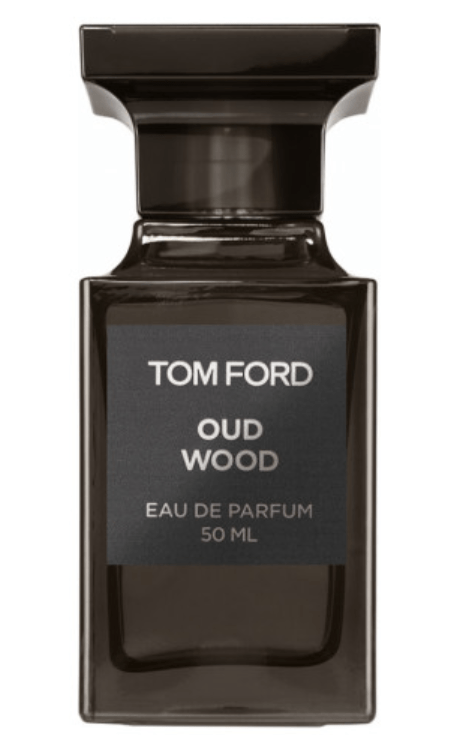 The name Tom Ford is synonymous in the fragrance community for it’s high-quality (and expensive) fragrances.

Oud Wood is an earthy and woody cologne, featuring key notes of exotic spices, woody aromatics and of course, oud.

As one of the rarest and expensive ingredients in the world, it is an indulgent addition which is combined with rosewood and cardamom to produce a smoky treat that works wonders on the skin.

Tom Ford blends the sultry oud with Tonka and amber to give a warm and creamy finish.

Sexy yet musky, the oud is not at all overpowering, in fact, you could argue it is quite subtle. Despite this, it has incredible staying power and will last you all day.

This scent smells expensive, which justifies its premium price point.  Save this for the finest of occasions, definitely not one for the office/work. 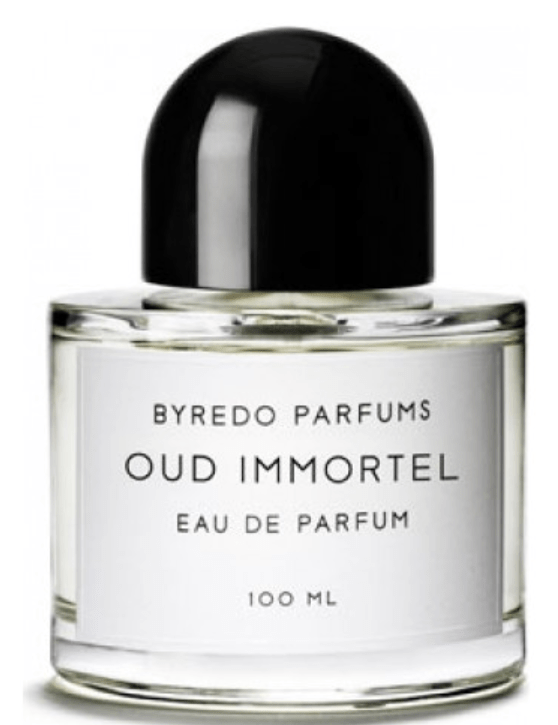 Oud Immortel from Byredo is a spicy, warming concoction, which opens with a smoky haze before the sweet scent of limoncello works its way through.

It is an indulgent, exotic Arabian fragrance, which develops in the base into an intoxicating and rich, smoky, oud that we simply can’t get enough of.

Byredo cleverly blends a hint of tobacco to intensify the smoky feel, peppered with cardamom to give it a spicy kick.

If you’re looking for something you can depend on, Oud Immortel performs reliably and will last you around 5 hours before tapering off into a warm, yet woody aromatic.

Wear this in the evening, sipping on a glass of the finest Whiskey you can find. Cigar optional.

Dolce & Gabbana The One Royal Night 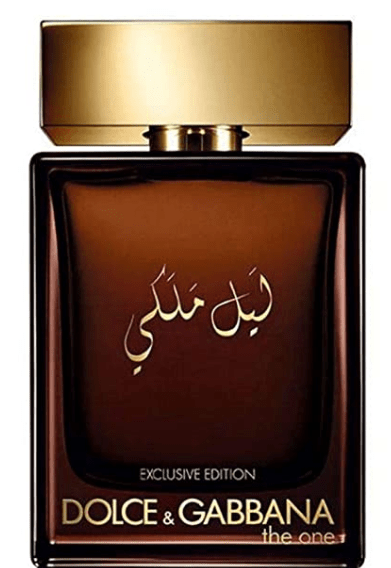 We’ve reviewed Dolce & Gabbana The One many times now, and it features on many of our top tens which shows you just how good, and versatile this fragrance can be.  You may even decide its the best men’s cologne for 2021.

The one is truly loved amongst the fragrance community and is incredibly popular, so if you’re looking for a signature scent, best pick another, more unique cologne.

The one is woody and spicy with herbal accords of basil and cardamom, nicely blended with juicy grapefruit.  The mid develops to offer a leathery scent of pear  while In the base, sandalwood, cedar, and amber swirl to create a comforting, sensual scent.

Best suited to intimate occasions, as this will leave your loved one wanting to get closer for another sniff. 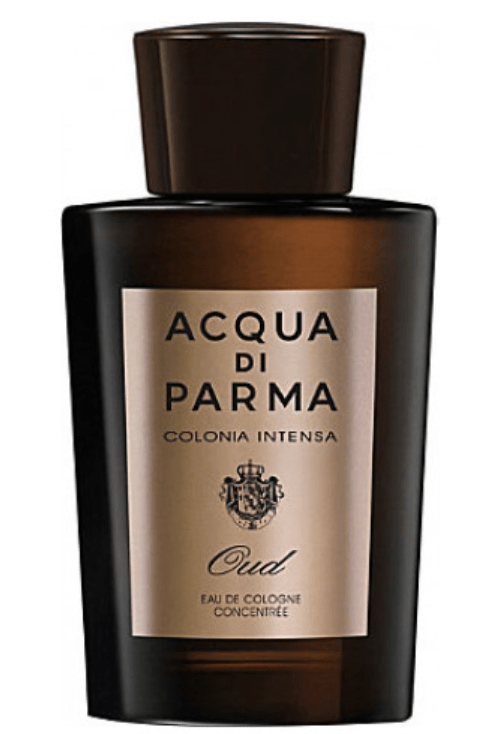 Italian fashion house Acqua di Parma launched its oud offering back in 2012 to a thunderous welcome.

If you’re looking for something subtle, yet unique, Acqua di Parma Colonia Oud is a solid choice, as it is definitely not one of the more power-packing colognes we have featured on this list.

Best of all, it’s incredibly versatile, perfect for office wear or a night out on the town.  Most suited for wear during the colder months of the fall and winter, but you can get away with this in the warmer weather if you apply sparingly. 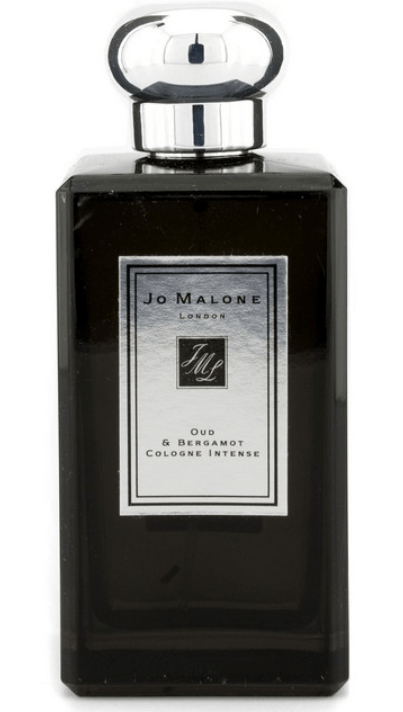 We love the British fragrance house of Jo Malone for their whimsical colognes and collection of Eau de parfum’s, straight out of a classic English country garden.

As you can expect, Oud & Bergamot Cologne is wonderfully warm and spicy, which, as the name suggests, is centred around bergamot, cedarwood and oud.

Fans of Oud & Bergamot praise the cologne for being unusual yet elegant, and one that truly lasts a long time.  This is undoubtedly a fragrance that can be worn from day through to night, and we especially love layering this fragrance with the wood sage and sea salt cologne.

As with all Jo Malone fragrances, this is unisex so don’t be surprised if you find your partner sneaking into your cologne cabinet for a cheeky spray.

Yes, it is that good. 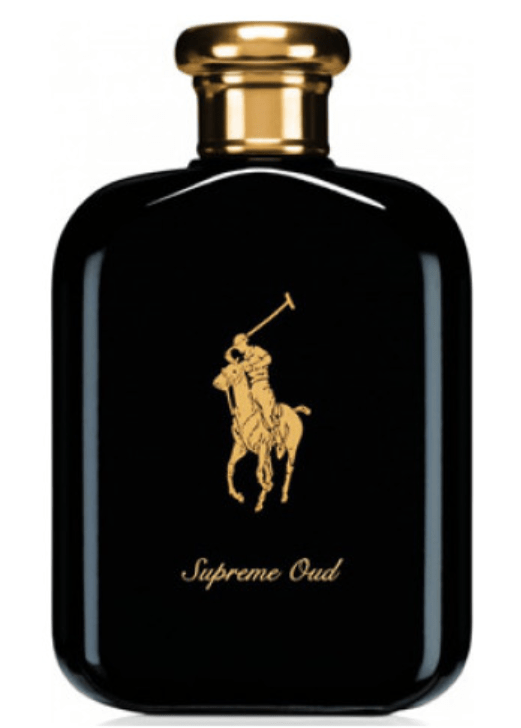 Next up is a wonderful oud fragrance from the preppy Ralph Lauren.

Oud is usually associated with the older gentleman because of its deep, smoky and rich aroma, but Ralph Lauren brings a youthful twist, making it a great cologne for men in their 30’s.

Undeniably masculine, this rugged cologne opens with spicy pink pepper and sweet cinnamon, before developing into a heart of Indian oud and vetiver.

Indian oud produces a rather unique aroma compared to the middle eastern variety.  To us, this smells incredibly romantic and would make an excellent choice for a date with your loved one.

Sweet, masculine and spicy, use sparingly because this one packs a punch. 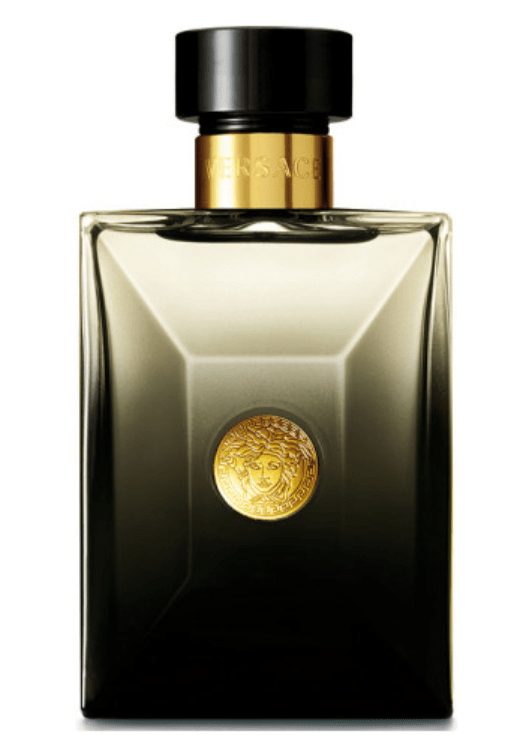 Oud Noir by Versace is a true gentleman’s fragrance, first released by The House of Versace in 2013.

From the opening, you are confronted with a blend of soft spices, with an underlying orange aroma which gives a slightly fresher feel.

Again, this is a fragrance that some complain is too light on oud to have oud in the name, but regardless its a very respectable choice for the modern man.

Staying power could be better, you’ll be lucky for 4 or 5 hours.  Wear this as an everyday fragrance for office during the winter.

Many compare this to Tom Ford’s Oud Wood, so given the difference in price, Versace Oud Noir offers excellent value for money for the gentleman who can’t justify spending Tom Ford prices. 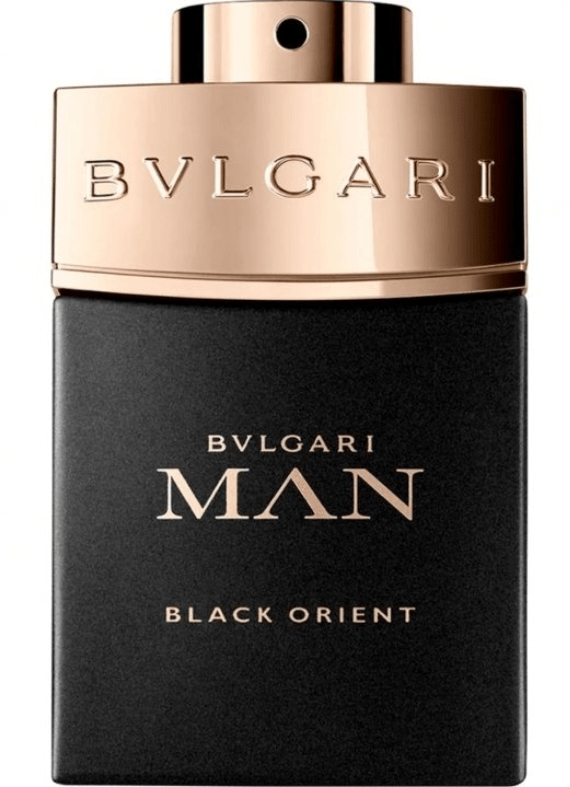 Black Orient by Bvlgari is a masculine oriental fragrance that pairs florals and spice over an intense base of oud.

Black Orient starts with a warm sweet rum punch, which develops into an intense and smoky incense once it develops on your skin.  A charming fragrance with solid performance, this is a worthy choice for your next Oud cologne.

One thing we don’t like is the plastic bottle, but we can live with it.  Best worn in the colder months on an evening date to your favorite restaurant or wine bar. 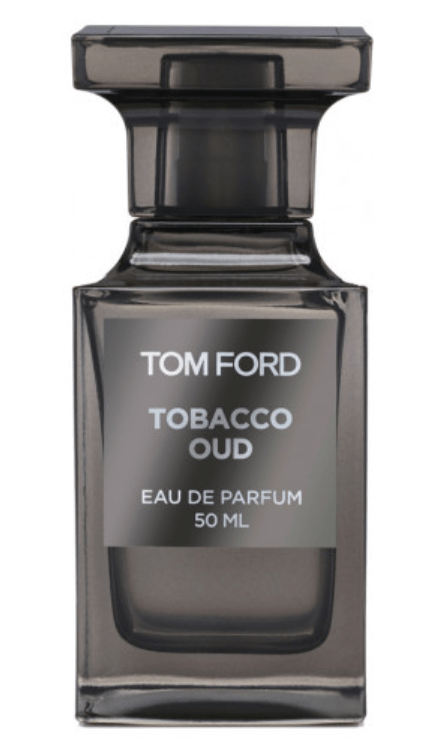 Last but not least is the second entry from the Tom Ford fragrance house, Tobacco Oud.

Featuring key notes of sandalwood, patchouli, tobacco and oud, Tobacco Oud is a beautiful scent that we just can’t get enough of.

This fragrance is very polarizing, some hate it, but an equal amount adore it, so its worth at least trying this before buying.

We can’t help but feel a sense of nostalgia with this offering from Tom Ford, as the scent conjures memories of vampires or the scent of a grandfather smoking their pipe.

Sweet but slightly smokey, Tobacco Oud is a beautiful choice for the fall and winter.

Other Colognes We Considered 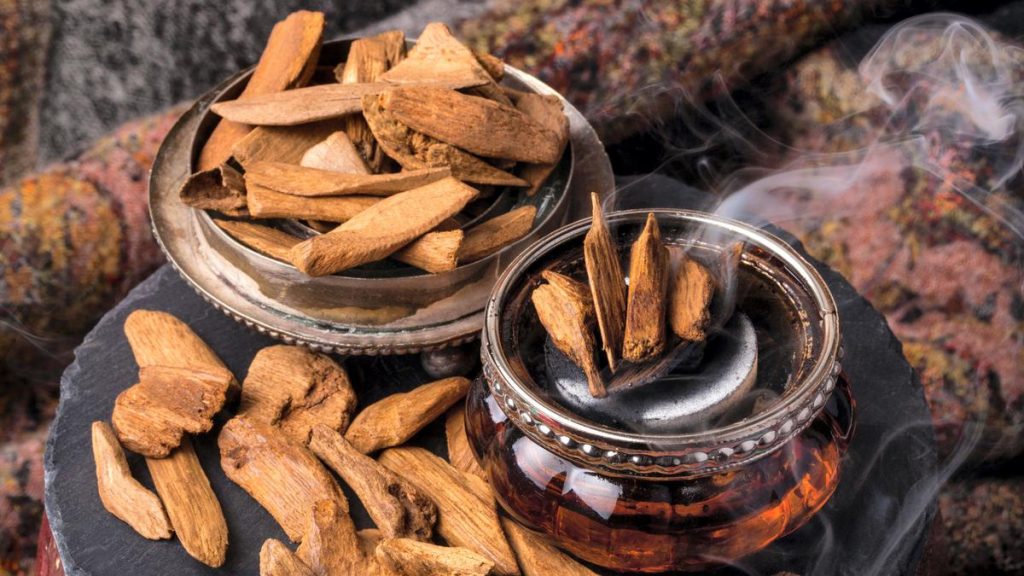 Also known as agarwood, oud is one of the most expensive ingredients in the world.

Primarily found in Southeast Asia, oud is an essential oil extracted from the heartwood of the agar tree after it has been infected by a specific fungus.

Oud produces a smoky, woody aroma which for some, is unbearable, as they find it almost animalistic or sweaty.

Despite this, oud has many fans in the fragrance community, partly because of its exclusivity.

Why is oud expensive?

Oud is sometimes referred to as ‘liquid gold’ and can often attract prices of up to $5,000 per pound.

Extracting the oud is time-consuming and expensive, and is obtained through steam distillation of the infected wood.

Perfumers claim that the best oud comes from the older trees, and it is reported that less than 2% of agar trees found in the wild become infected by the Oud producing fungus, making it a scarce, and expensive commodity!