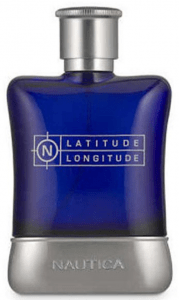 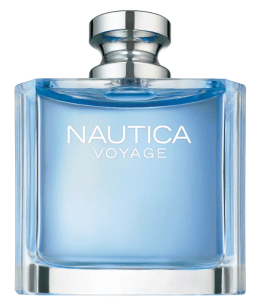 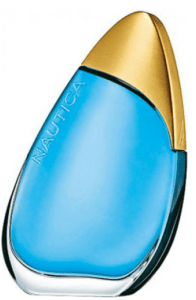 How We Found the Best Nautica Colognes

Blue is the color of the sea and sky, symbolizing confidence, trust, intelligence, truth, and loyalty.

Perhaps this is why Nautica has adopted blue as their signature and now symbolic color of choice.

Imagine all these attributes packaged into a cologne and handed to you on a platter of blue goodness. This is what Nautica scents bring to the table.

Royal, smart, and enticing, these colognes will leave an irresistible trail in your wake and will make heads turn at every step.

Here’s a list of our favorite Nautica colognes just for you.

The best-smelling Nautica cologne smells like a mix of woods and coastal herbs wafting through the fresh and salty sea breeze. It makes a man exude confidence and strength, and gives off a romantic aura. Simply put, it makes you irresistible!

If you are seeking a thrilling romantic adventure to awaken your wilder side, there’s a voyage in a cologne bottle with your name on it.

A spritz of this adventurous cologne opens with an exciting note of green leaves and apple. In the heart of this Nautica scent lies a warm note of dewy mimosa and lotus.

Sexy and romantic compositions of amber, oakmoss, musk, and cedar laid on a woody base. No wonder it’s the best-selling Nautica cologne.

This cologne performs pretty solidly and can be appreciated at arm’s length, and promises long-lasting irresistibility! As a result, it is perfect for an exquisite date with that special person. In your office, however, sensitive co-workers might find it too much, so be mindful of when you wear it.

Like its name, this cologne directs people to you with its woody and floral musk fragrance compass. Maybe you’re at the Eau de toilette spray section surrounded by Nautica scents. And you’re wondering, which cologne is a show-stopper?

At the first spritz, this scent opens with bergamot, tarragon, and coriander. Patchouli, black tea, nutmeg, and water mint lie in the heart of this show-stopper. While oakmoss, amber, and musk are its iconic base notes.

If you like attention and, Longitude Latitude is the Nautica scent for you. Although it doesn’t last longer than 6 hours, this perfume can project at up to six feet so you can wear this one with confidence.

This musk might be too much for the office use, so this scent compass is preferable for evening wear. Choose Latitude Longitude for a drink with a pal or casual nights out with friends.

As expensive as gold is, Nautica has provided a touch of this luxury packaged neatly in a cologne bottle. This Nautica scent is for the classy man with a sweeter side.

As it reaches the base notes, it becomes warmer and more intimate, with the touches of moss, cedar, vetiver, amber, musk, and sandalwood.

It doesn’t last for more than 6 hours, but, unlike our cologne choices so far, this makes the perfect office accessory.

If you’re wondering what makes a good Nautica cologne for office use, then Nautica Aqua Rush Gold is just the scent for your 9-5. Staying very close to your skin and surrounding you with a fruity scent bubble, your sensitive colleagues are safe with Aqua Rush Gold. 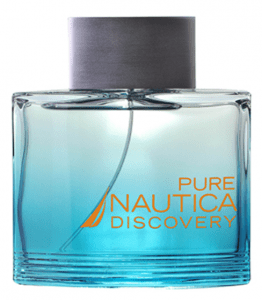 This Woody Spicy cologne is all about discovery.  Wearing this leads you on a wild adventure, featuring a burst of mandarin orange, Amalfi lemon, and clary sage, all rich citrusy and aromatic scents.

Towards the heart of this cologne, it gets even spicier with a blend of coriander, lavender, and ginger. As it dries down, you’ll discover its warmer and more intimate side composed of Virginia cedar and sandalwood.

If you’re a man looking to go on an energetic adventure, Pure Discovery will make a great companion.

This eau de toilette spray gives you a strong and alluring aura. Your adventure with this cologne may not last more than 6 hours, but everyone within an arm’s breadth of you will be entranced by this smell with just a whiff. 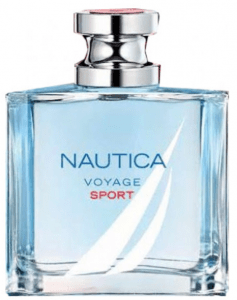 Nautica Voyage just got sportier. This cologne is a more active version of the popular Nautica Voyage cologne. It is a woody aromatic fragrance for the energetic, go-getter-type guy.

Voyage Sport has a fresh, aromatic, and spicy aroma that opens with apple, sea salt, coriander, and citrus as the base notes. As this cologne dries down, notes of palm leaf, apple, geranium, and green pepper break through.

Finally, musk, patchouli, Brazilian redwood, and vetiver keep all other notes in check. It may not last long, but it sits nicely on your skin and is suitable for casual occasions. 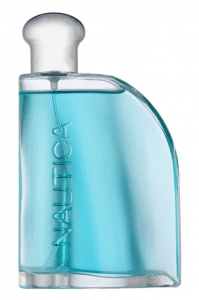 As its name implies, this cologne is for the classy and influential.

Do you need a mix of woodsy and floral notes? Are you a bold, romantic, and adventurous man? Then, Nautica Classic was tailor-made for you.

This cologne is long-lasting and suits many occasions: a romantic date or just for daily use, Classic is a perfect choice.

This fragrance shows your strength, increases your sex appeal, and gives your confidence a boost like no other! 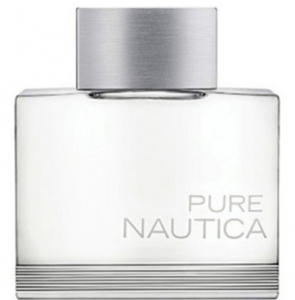 True to its name, this cologne gives off a natural and pure scent. If you need a light and pleasant fragrance, purity awaits you right here in this cologne bottle.

It opens with a touch of bergamot, mandarin, and marine notes. As it begins to dry down, notes of amber, lotus, and saffron waft through the air. Patchouli, driftwood, and suede notes unfold in the base.

Because of it’s understated and straightforward scent profile, Pure is suited for the more reserved gentleman.

Choose this if you don’t want to attract much attention, but still want to smell great regardless.

This cologne may not have impressive longevity, but it makes up for this by being versatile. With its soft and natural scent, you can use this fragrance on a date, at work, for casual events, it’s a true all-rounder! 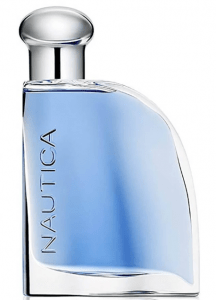 Nautica Blue is for the alluring and classic man who exudes purpose and confidence.

Like Nautica Voyage N83, it is a fresh and aquatic cologne. If you need that extra burst of professionalism and class, the most popular Nautica fragrance, Nautica Blue, is the scent for you.

The fresh top notes of pineapple, bergamot, and peach will tease your senses.  Next,  heart notes of jasmine and water lily unfurl. This cologne then smoothens into the entrancing base notes of sandalwood, cedar, and musk.

Although performance can be a little lackluster, it’s soft, sweet-smelling, and calming aroma can see you through your 9-5, a romantic date, an evening out with the boys, and much more! 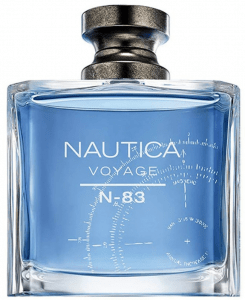 Nautica Voyage N83 is a spicier and more aquatic version of Nautica Voyage. It has a minty, fresh, and salty opening of petitgrain and calming mint. In the heart of this cologne, the soothing notes of lavender, cardamom, and nutmeg dominate, before cedar, musk, and sandalwood emerge in the base.

This refreshing and straightforward cologne is the perfect 9-5 choice for a simple and reserved man. It doesn’t give you a dramatic transformation. Instead, it coolly amplifies your reserved nature.

As an aquatic, this scent doesn’t stick around too long, so you may need to keep a bottle of this stashed in your desk draw or locker to keep you smelling good throughout the day. 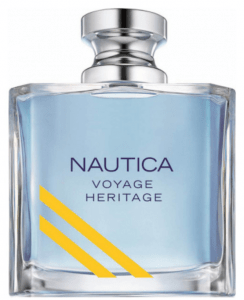 Nautica Voyage Heritage is the newest cologne in the Nautica collection, layering energetic herbal and citrus notes over a rich woody base. This cologne is for the man who is bold, daring, and purposeful.

A spritz of Nautica Voyage Heritage opens with the powerful and aromatic notes of mint and rosemary, which blend into the fresh yet spicy heart notes of ginger and lavender. This leads to the woody, green, and warm spicy base notes of sandalwood and guaiac wood.

Although this cologne doesn’t last for more than 6 hours, it is perfect for a date or an evening out with friends.

Its woody base may be too intense for your sensitive colleagues, so it is not office-friendly.

In 1983, clothing designer David Chu launched a sporty American fashion company. He intended for his company to reflect exploration and adventure, so he coined its name from the Latin word “Nauticus” meaning ship, and made a spinnaker his company logo.

In 1984, a New York company bought the brand. Ever since, Nautica has expanded to include watches, furnishings, and accessories. In 1992, the brand decided to add a cologne line to the mix.

Today, what started as a small clothing brand (of about six styles), now represents a reinterpretation and a rediscovery of the American dream.