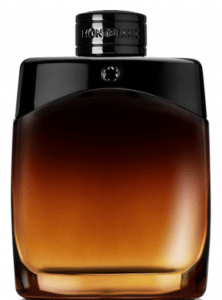 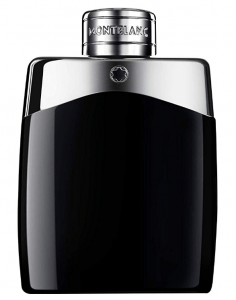 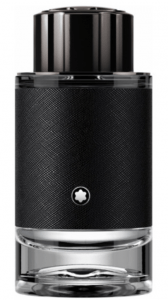 How We Found the Best Montblanc Colognes

If you’re a fan of luxury fountain pens or even luxury goods in general, chances are that you have heard of the brand Montblanc. Based in Hamburg, this brand has designed and launched some of the best fountain pens in the world, with exquisite craftsmanship and astonishing attention to detail.

However, few are aware that Montblanc also offers a fantastic range of fragrances, with a focus on men’s colognes.

Charming, sexy, and mesmerizing, Montblanc’s male colognes are some of the best designer fragrances out there, and even some die-hard fans of niche fragrances aren’t afraid to admit it!

If you’re looking for the best colognes on the market, you’ve come to the right place.  Keep reading for our top list of the best Mont Blanc fragrance 2021.

Montblanc Legend is the original cologne that starts the Legend series. If there is an award for the best-smelling Montblanc cologne, this one probably comes close to the top spot.

This clean fragrance opens with a harmonic orchestra of fruity and floral notes, of which the scents of pineapple and lavender are the most prominent.

Afterward, a sensual touch of rose and the warm caress of tonka bean turn this cologne into a sweet and delightful scent.

As it reaches closer to the base, it becomes more and more woody and creamy thanks to the note of sandalwood. A smooth and lovely olfactory experience that won’t be offensive to many people.

This cologne is pretty safe for office use since its scent profile is relatively standard. For an office scent, it lasts pretty long (about 7-9 hours), so you won’t have to reapply it regularly, while its projection is safe enough to be used in closed spaces.

Montblanc Legend Night is a warmer and more sensual version of the famous Montblanc Legend. It is a comforting and classic scent for a confident and modern gentleman who does not shy away from being the center of attention.

This woody aromatic cologne is all about reaching a delicate balance between the bright headnotes and the intense woody base notes.

Upon the first spritz, the cologne opens with a bright, citrusy scent. The note of bergamot is very prominent from the start, and there is also a slight hint of mint. The cologne then mellows down a bit thanks to a clean combo of lavender and fruity green apple, along with notes of fir and violet flowers.

As it reaches the base notes, the cologne transforms into a warm sexy scent thanks to the presence of intimate vanilla and clean musk, with a slight touch of patchouli.

This bestseller from the house of Montblanc is for individuals who are definitely not afraid of standing out from the crowd, always ready to take the spotlight for their own.

Montblanc Explorer is an oriental cologne that will keep you wanting for more, busting open with a slightly citrusy and aromatic scent, which comprises mainly of vetiver, clary sage, and bergamot.  There is also a slight hint of fresh mint to mellow the initial spray.

After a while, a medley of floral notes slowly creeps in, adding a soft and powdery touch to the cologne.

As it reaches the base notes, the cologne becomes woodier, with an unusual fruity twist from the scent of raspberry. The creamy note of sandalwood, mixed with a slightly bitter touch from the cacao pod, adds a warm and calming aspect to the dry down scent.

This cologne is definitely unique, and some people might find the note of cinnamon a bit too much for the office. For this reason, it’s best reserved for evening use, think of casual drinks in a bar in the autumn/winter.

It lasts for a very long while on your skin, and it projects well enough for people within an arm’s length to catch a whiff and become entranced. 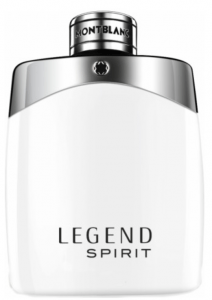 If sporty and fresh colognes are your thing, then you would definitely love this fantastic fragrance from Montblanc. This is one of the few aquatic colognes that possess a great depth, something that certainly is quite rare.

Like a splash of water on a hot summer day, this cologne opens with bright and citrusy notes of bergamot and grapefruit, along with a touch of fresh pink pepper. As the initial freshness slowly fades away, the classic note of lavender will gradually become more and more dominant, creating a soapy and clean impression.

When the scent reaches its base note, it becomes more and more woody and warm thanks to the classic musk-oakmoss combo.

This is the perfect after-work out cologne. It is fresh enough to be used right after a shower and is more suitable for casual nights out with friends.

Its longevity is very impressive for a sporty cologne, and its projection is pretty good, yet not overpowering. 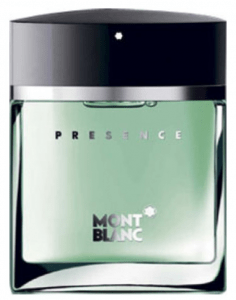 Like a pleasant cloud, Montblanc Presence is a persistent scent that will definitely leave a lasting impression with those who are lucky enough to catch a quick sniff.

This spicy, woody cologne makes its entrance with a strong blast of rich spices. Notes of cinnamon, ginger, and cardamom dominate the headnotes, and only the scent of bergamot is there to keep them in check.

This spicy accord lingers throughout the scent’s lifespan, enhanced by the fruity touch of green apple and a floral hint from the note of heliotrope. As it dries down, the cologne becomes warmer and much more intimate thanks to the presence of sandalwood, tonka bean, amber, and clean musk.

True to its name, the presence of this cologne is pretty prominent, and it could last for hours on your skin. Its projection is good enough for people within an arm’s length to detect it.

For this reason, this cologne might best be reserved for special occasions, such as a romantic dinner with a loved one. Using it in the office might be a bit too offensive for your sensitive co-workers. 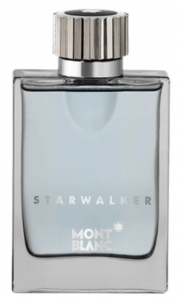 Taking inspiration from the brand’s famous Starwalker pen, this cologne exudes a peaceful and calming presence that takes your mind off of all your worries.

On the first spritz, this cologne will instantly take you to a contemplative and peaceful bamboo forest in East Asia, where there is a faint hint of citrusy mandarin orange in the air. Its calming presence is then accentuated by the notes of cedarwood and sandalwood, along with a hint of clean musk.

The notes of ginger and nutmeg, which have been persisting throughout the scent pyramid, will unfold themselves in the base, accentuated by a touch of fir resin.

This cologne is a versatile one and will definitely get you a lot of compliments regardless of the occasion. However, it might be a bit too tame for date nights if you are looking to impress!

Its longevity is moderate, and the projection is soft, so do not hesitate to overspray a little! 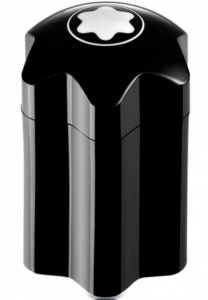 Montblanc Emblem is among the latest offerings from the brand, and this soft spicy cologne has already become one of Montblanc’s most acclaimed releases.

This cologne is all about spices. Its spiciness is already very prominent from the start, with a blast of herbal clary sage and intense cardamom. The note of violet flower, along with grapefruit, helps to mellow down the cologne’s distinctive aspect.

As it reaches closer to the base, the spicy and warm note of cinnamon becomes more and more prominent, before the entire cologne settles on a sweet tonka bean base.

Montblanc Emblem is a slightly sweet cologne, so using it in the office might not be the wisest choice, instead, use this cologne at a semi-formal party or a casual dinner for the best effect. It lasts for about 7-9 hours, and its projection is quite soft for a cologne that is packed with spice!

Montblanc colognes are certainly worth a shot, especially given their reasonable price point. If you are looking for highly functioning colognes with amazing scents, this brand certainly has plenty of gems in its portfolio! 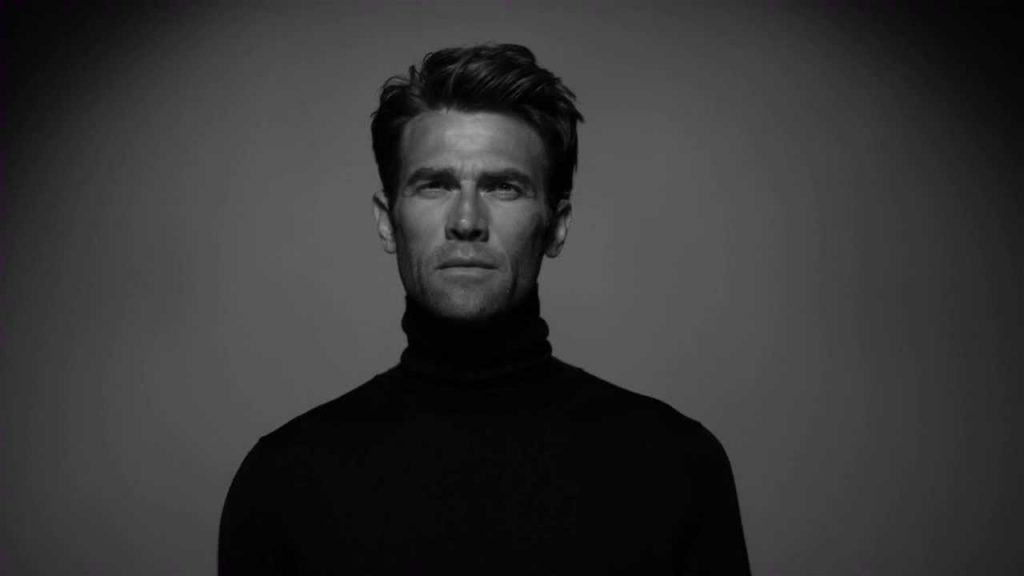 Mont Blanc is not a new name in the world of luxury goods. In fact, it has been around since as early as 1906!

Their story began with a Hamburg banker and a Berlin engineer, who came together to create simple pens. Over time, the brand attracted other investors and released its first pen, the “Rouge et Noir” in 1909. It was also around this time that the brand took on the name Montblanc, which referred to the highest and most majestic peak of the Alps.

In 1924, the legendary Meisterstück pen was released, and it is still one of the brand’s most iconic writing instruments even until today.

After being acquired by Alfred Dunhill Ltd. in 1977, and, subsequently, Richemont Group, Montblanc expanded their business into other fields of luxury goods such as jewelry, watches, leather goods, and, of course, fragrances.

Their first cologne was launched in 2001, and since then, they have been releasing high-quality colognes alongside their other luxury goods regularly.