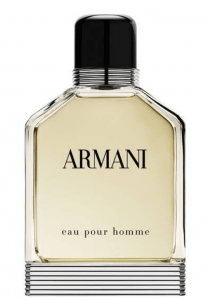 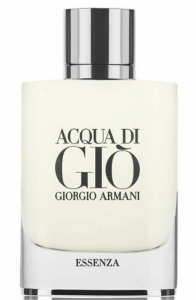 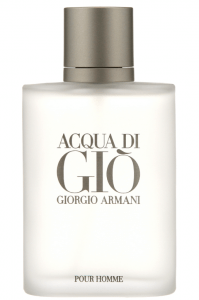 How We Found the Best Armani Colognes

Armani is one of the most famous fashion houses of today.  With countless colognes and perfumes in their brand, how do you know which to choose, or what will work best for you?

Today we’re taking a look at the 7 best Armani colognes for men.  Keep reading to find out more. 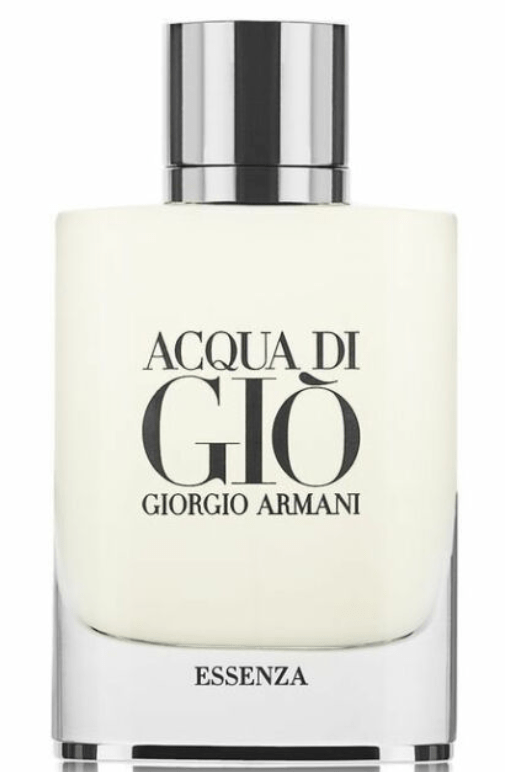 First released in 1996, Acqua Di Gio Essenza quickly established itself as one of the most popular offerings in the Armani portfolio.  Based on the original Acqua Di Gio cologne, the new fragrance is a more intense take on the original thus tagged as best men’s perfume by our experts.

Opening with a sparkling citrus blend of bergamot and grapefruit combined with watery accords, you’ll immediately realise why this fragrance is so popular. If you’re looking for a cologne that is cool, fresh and clean, then Acqua Di Gio Essenza it is.

The fragrance develops in the heart to feature a pleasant floral, herbal concoction with jasmine, basil and sage.

In the base, you’ll find patchouli, cedar and vetiver.  Many detect a metallic vibe to this cologne which adds a magnetic and masculine twist.  Who knew fragrances could be so complicated.

Acqua Di Gio Essenza is a real crowd pleaser and gets a lot of compliments, so wear this if you’re in need for a pick me up. 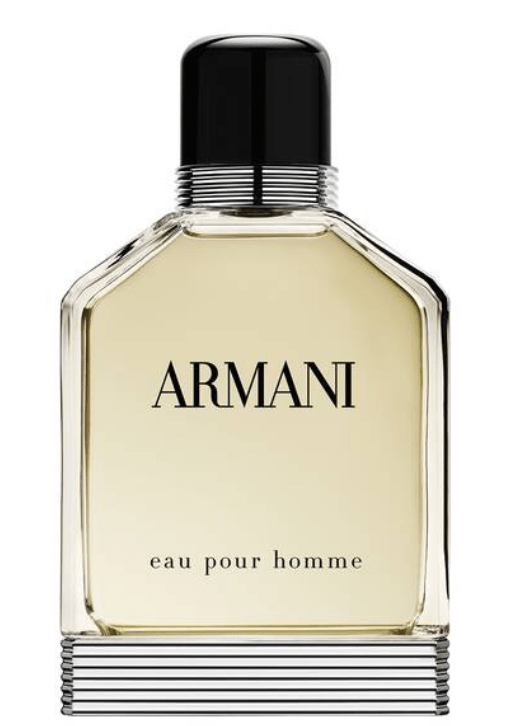 The bottle is thoughtfully designed to replicate the silhouette of a man, with the rounded bottle supposedly representing its strong shoulders.  Understanding this, it’s no surprise to find an undeniably masculine scent inside.

Armani Eau Pour Homme is a timeless and classic cologne, and having been on the market now for over three decades, is a formula that simply does not go out of style.

So how does it smell?  First, you’ll get a blast of fresh citrus notes as the bitter orange and tangerine drench you in the opening. Accompanying the citrus is warm and peppery coriander, swiftly followed by indulgent spices of nutmeg and cumin.

As Armani Eau Pour Homme dries on your skin, it develops into a vibrant and dense woody cologne, accentuated by the cedar and patchouli.

The quality of this scent lends itself to formal occasions, any gentleman wearing this will definitely be giving off the right impressions. 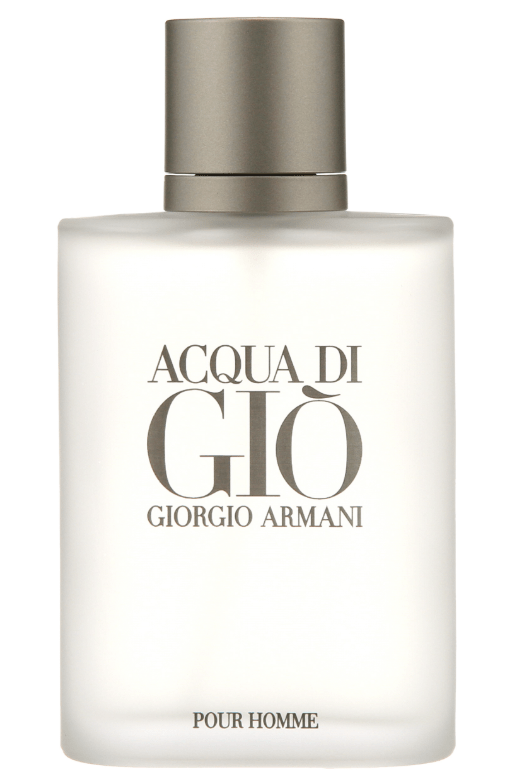 Rumour has it that Armani Acqua Di Gio was inspired by the ancient Pantelleria, a small Italian island close to Sicily where Armani owns a summer vacation home.  Here, Armani wiles away the hours staring out to the Mediterranean Sea, which is exactly what this fragrance reminds us of.

As one of the most famous and best-selling aquatics on the market, Armani Acqua Di Gio is a beautiful choice for the fun-loving, laid back gentleman.

If we had to describe this fragrance in one word, it would be clean.  But it is so much more than that.  Opening with a mouthwatering salty and citrus burst, you’ll be taken on a Mediterranean journey as the Calabrian bergamot, neroli, and green tangerine swirl to create a fresh and wondrous aroma.

The acquatic notes combine wonderfully with rosemary, persimmon, and Indonesian patchouli to create a stunning cologne that we just can’t get enough of.

The benefits of aquatics are they are real crowd-pleasers and inoffensive, entirely appropriate for office wear.  One or two sprays of this on your collar will leave you smelling fine all day.

Next up is one of the most popular Armani colognes of all time.

This earthy and woody fragrance is a firm favorite amongst the younger crowd, perfect for men in their 30’s.

The unique selling point of Code is that it’s the first oriental cologne for men from the Armani brand, which results in an entirely modern yet sensual fragrance that is best worn by the charismatic younger gentleman.

Top notes in code feature a burst of bergamot and lemon, followed by star anise, olive blossom and guaiac wood.  The cologne smooths out in the base which features leather, tobacco and tonka accords.

The subtleness of Armani Code definitely provokes a sense of curiosity that will leave your loved one wanting to know more.

Code is a true classic and has many fans in the fragrance community.  We feel this is best suited for cooler weather, but could be worn all year round on the right occasion. 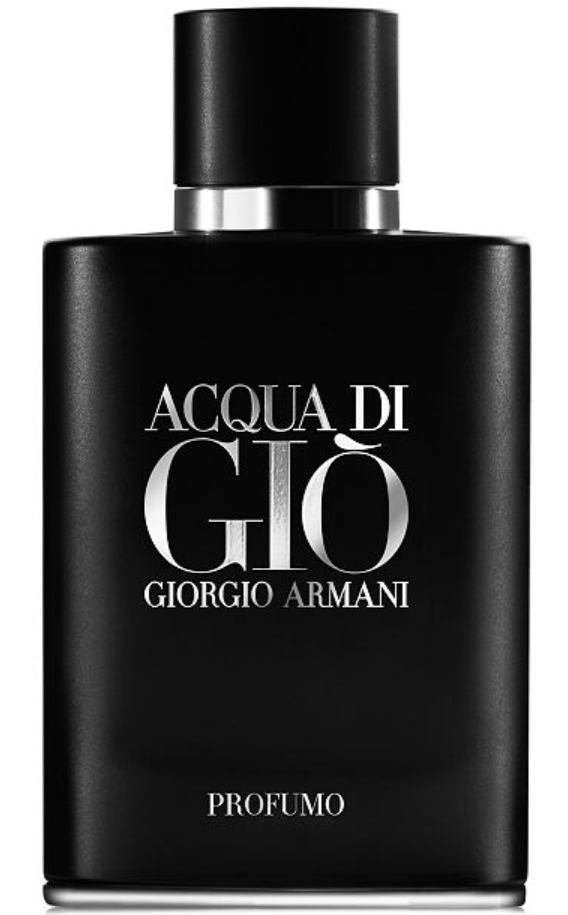 The marine notes really shine through to give this a beachy vibe, we see this best worn in the evenings by a man in their 20s or 30s to a beach bar, or having just finished an intense session battling against the waves. It’s versatile, so it can be worn day through to night.

The silhouette of this bottle is insanely attractive.  The minimalist black glass bottle, paired with the chrome spray nozzle is something that would look great on your cologne shelf.

Performance is outstanding on Acqua Di Gio Profumo, a few sprays of this and it will be with you all day, so wear this when reliability is important.

Armani Mania is a wonderfully lightweight and airy cologne, ideal for the younger gentleman, or those who are young at heart.

First introduced in 2002, Mania is for the confident and charismatic guy, which is the embodiment of the typical “Armani man.”

Mania combines a trio of fresh, woody and amber accords which combine to deliver an undeniably masculine and modern scent.

Citrus again features heavily in Mania, as it opens with a blend of orange and saffron.

Cedar and vetiver deliver the woodsy vibes of Mania. At the same time, the base of amber creates a sensual cologne as it dries down on the skin.

We love Mania for chilled, laid back occasions, such as evening drinks at your local bar, or simply to hit up your favorite lunch spot. 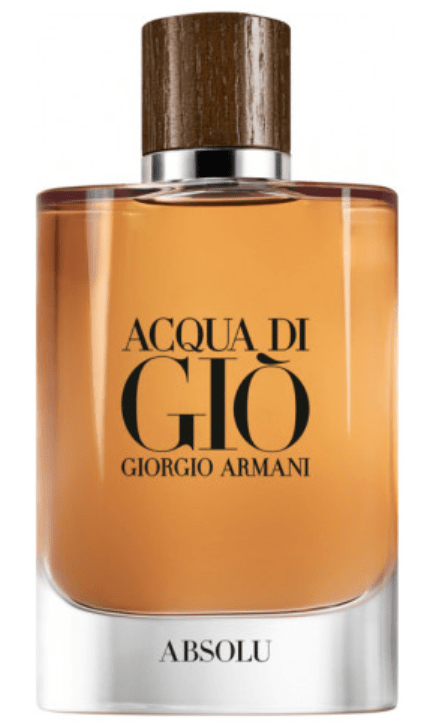 Last but by no means least is Acqua Di Gio Absolu, another unique combination of fresh and beautiful aquatics swirled with wonderfully warm, woody vibes.

The inspiration behind Acqua Di Gio Absolu was to embody man’s relationship with nature, and the masculine yet earthy feel of this cologne achieves that with great success.

Featuring key notes of bergamot, rosemary and patchouli, Absolu opens with an unmistakable marine note before developing into the woodier base.

Acqua Di Gio Absolu is an ideal cologne for a man in their late twenties, the fragrances show a great depth and maturity, synonymous with the qualities of a man. A fresh and clean cologne, Absolu is suitable for most occasions all year round, so if you’re just looking to pick a cologne staple, this could be it! 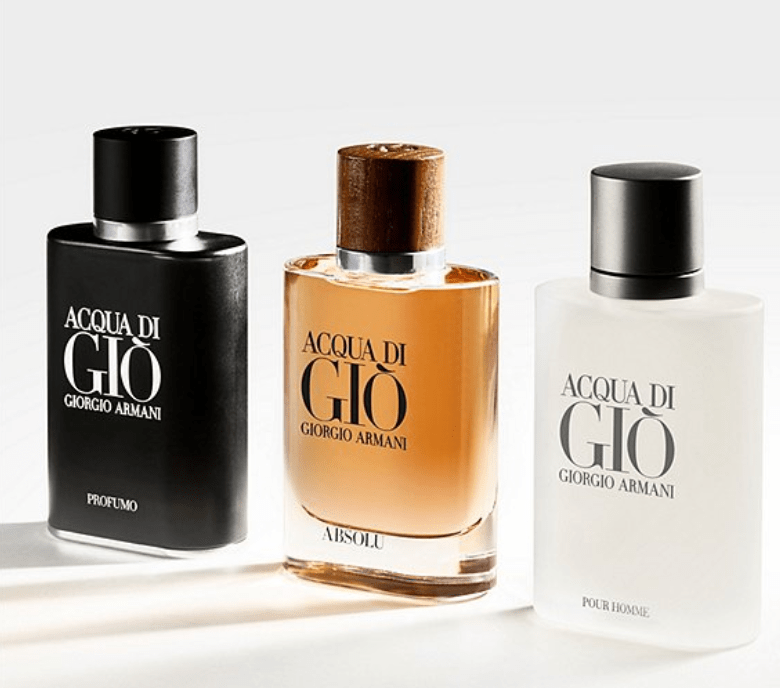 History of the Brand

Founded in 1975, the Armani fashion house was established by Giorgio Armani, an Italian fashion designer from a town just outside of Milan.

Since then, Armani has gone on to dominate the fashion world and is now a brand most known for its simple yet sophisticated designs.

The first Armani perfume wasn’t released until 1982, with the first release being titled ‘Armani’.  The fragrance, designed for women, was the first in a long line of successful colognes and perfumes released under the Armani brand.

Today, Armani is one of the most popular choices on the market for fine colognes.

Why is Armani fragrance popular?

The reason behind the popularity of Armani fragrances goes beyond the cologne itself.

The Armani brand is a status symbol.  If you think of ‘Armani’ chances are you’ll evoke memories of a sophisticated gentleman in an elegant black suit.  It is this association that makes Armani such a success.

Armani fragrances are both classic yet utterly accessible to the everyday guy. When wearing an Armani cologne, you can’t help channeling your inner gentleman.